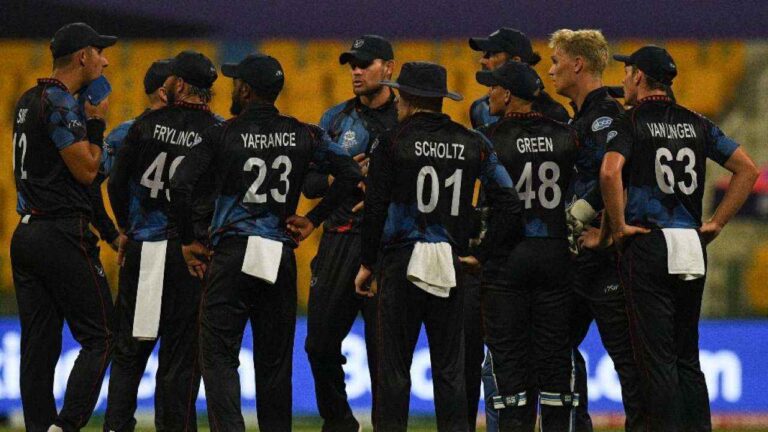 Namibia has named a sixteen-man squad for the ICC T20 World Cup 2022 in Australia. Gerhard Erasmus will head a team comprised of young and seasoned players.

There are also some fresh additions to Namibia’s team. For the first time, wicketkeeper-batsman Lohan Lawrence, batter Devan La Kock, and bowler Tangeni Lungameni will compete in a worldwide event.

Namibia will face Sri Lanka, the Netherlands, and the United Arab Emirates in Group A in the first round of the competition. On October 16, Namibia will start their season against Sri Lanka at Kardinia Park in Geelong. They will play in the Netherlands on the 18th and UAE on the 20th at the same location. The top two teams will get the opportunity to compete in the World Cup’s Super Twelve round.