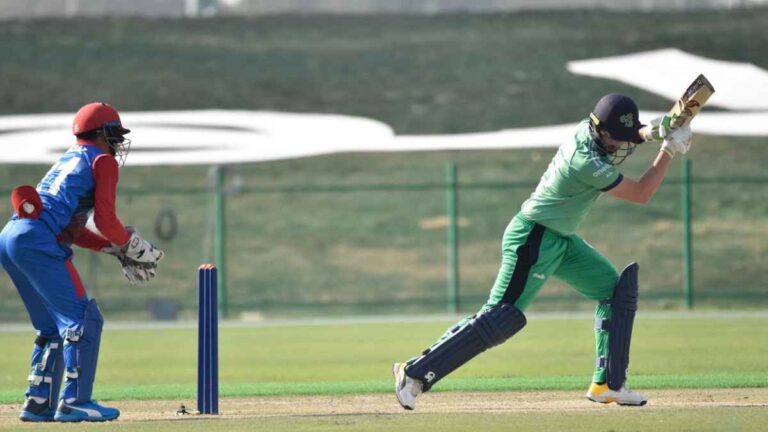 Ireland vs Afghanistan 2022 TV Guide, Live Telecast, IRE vs AFG Live Streaming and Broadcasting Rights. Afghanistan and Ireland will compete in a five-match T20I series on August 9, 2022. Ireland will enter the match following a 2-0 T20I loss to South Africa in Bristol. In June, Afghanistan swept Zimbabwe 3-0 in a Twenty20 International (T20I) series.

Both teams will continue to prepare for the next Twenty20 World Cup in Australia. Afghanistan has advanced to the Super 12 stage and is in the same group as Australia, England, and New Zealand, whilst Ireland will compete in the first round.

After qualifying for the T20 World Cup, things have not gone smoothly for Ireland. Since beating Oman in the semi-finals of the World T20 Qualifier in February, the team has not won a single match. In recent weeks, Ireland has lost everything while facing some of the best Twenty20 teams in the world.

The team has lost 2-0 against India and 3-0 and 2-0 to New Zealand and South Africa, respectively. Afghanistan will however face an Irish team headed by Andrew Balbirnie that intends to put up a fight.

Afghanistan, on the other side, would play its first international match in two months. On their white-ball tour of Zimbabwe, Afghanistan last played a Twenty20 international in June. The visiting team defeated the home team 3-0 back then.

The last time these two teams faced in a T20I series was in March 2020 in India, when Afghanistan won 2-1. Ireland beat the last match in a Super Over to claim a consolation victory.

Where to Watch Ireland vs Afghanistan 2022 Live Streaming, IRE vs AFG

RTA Sports to broadcast the live coverage of Ireland vs Afghanistan Live Streaming in Afghanistan; all the T20 matches of the series will be live-streamed on Moby TV.

Free Sports to broadcast the live coverage of IRE vs AFG 2022 in Ireland; all the five T20 international matches will be streamed live on BT Sport.

Furthermore, cricket fans in the USA can watch the T20I series on Willow TV; BT Sport holds the official digital rights for the T20 series between Afghanistan and Ireland.