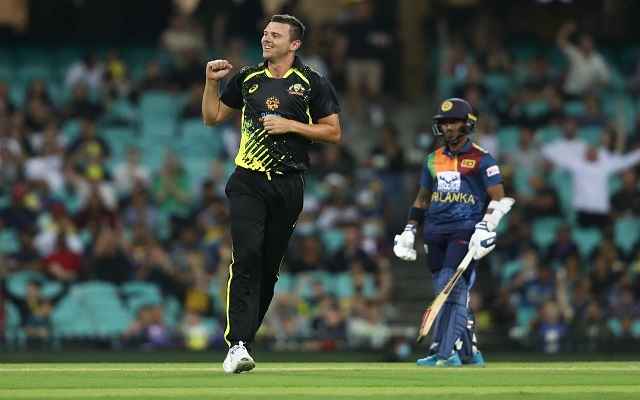 Australia is coming to Sri Lanka for a tour that will last more than a month and include 3 T20Is, 5 ODIs, and 2 Tests. The Australian team, led by Aaron Finch, has already arrived in Sri Lanka. They got there on Wednesday. The tour will start with the T20Is. The first one will be played on Tuesday, June 7 at the R.Premadasa Stadium in Colombo. The next day, the second T20 will be played in the same place. Pallekele International Cricket Stadium is where the final T20 will be played.

FanCode to broadcast the live coverage of Australia vs Sri Lanka in India and its subcontinent; all the cricket matches of the series will be live-streamed on Sony Sports Network.

On the other hand, Fox Sports to provide the live coverage of AUS vs SL 2022 live in Australia; all the matches will be live-streamed on Foxtel App and Kayo TV Website.

In the last and the third T20 match of the series, Sri Lanka fought hard to avoid the whitewash. Sri Lanka was on the edge of losing the match but something thrilling happens as Sri Lanka need 59 runs in 18 balls and the middle-order batsmen Dassun Shanaka made a hit happens with the rain of fours and sixes.

It’s time for the ODI series now, Australia and Sri Lanka are likely to play a five-match ODI series against each other. Although Australia is at the upper hand Sri Lanka will fight to take revenge on the T20 series from the Kangaroos. Angelo Mathews which was not part of the ODI team recently named the ICC player of the month award for May 2022.